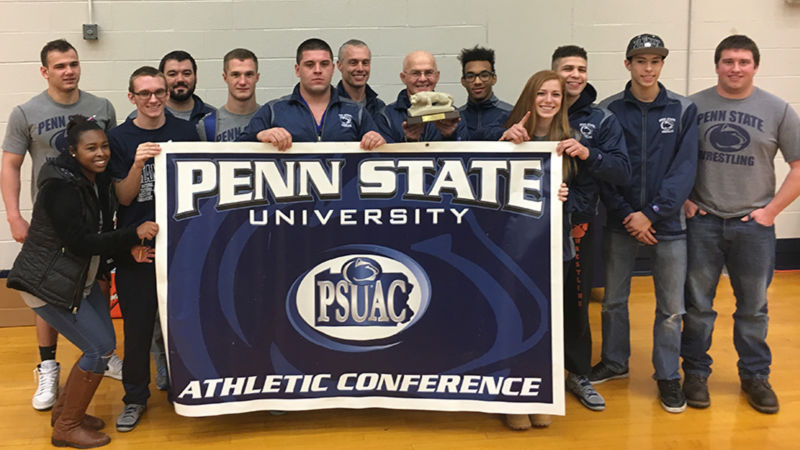 This latest victory shines a spotlight once again onto the athletic program at Fayette, which has turned out to be one of the University’s smallest but most competitive campuses, with its men’s Cross-Country and women’s Volleyball teams each winning championships of their own during the past semester.

Coach Jerry Simon is “very pleased” with the way his team did this season, adding that he thinks their showing at the weekend tournament was impressive. “The kids have been working hard all year,” he said. “We were fortunate enough to get everything put together in order to do well in the tournament.”

Only one member of Penn State Fayette’s wrestling squad is a departing senior, so Simon expects big things next year when the mats come out again.