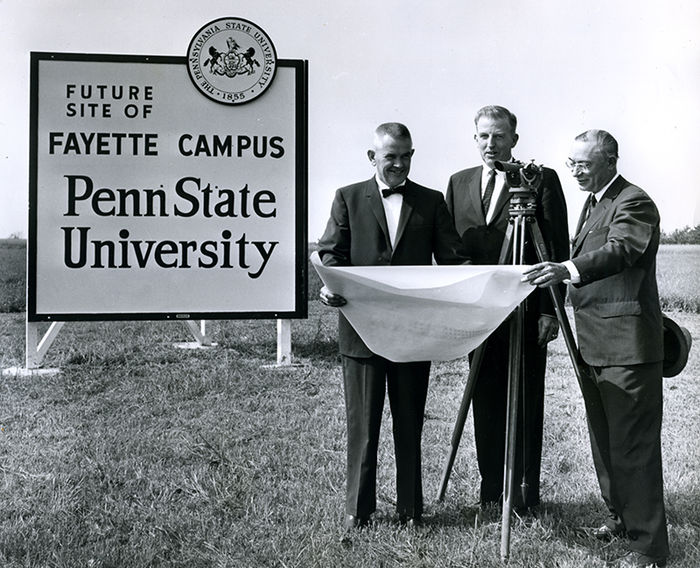 Penn State first came to scenic southwestern Pennsylvania following the establishment of the Pennsylvania Cooperative Extension Service and its county agricultural agents in 1907. In 1934, Penn State established an Undergraduate Center in Uniontown that provided the first two years of a college education to area residents who were "location bound" and/or unable to afford studies at the University Park campus. This center closed in 1940 as the nation turned its attention to the approaching war. However, Penn State returned to southwestern Pennsylvania with undergraduate educational programming on June 1, 1965, when it opened the Fayette campus to serve the residents of Fayette, Greene, Somerset, Washington, and Westmoreland Counties. Penn State Fayette began by first offering classes in several buildings in downtown Uniontown. Then, in 1968 the Fayette Campus Advisory Board acquired 27 acres of the Garner Farm, located between Uniontown and Connellsville.

Since that time, the campus has grown to about 100 acres and 10 buildings: the renovated Eberly Building (named for Orville S. Eberly), the University House (once the Garner home), the Williams Building (the redesigned student center named for J. Lewis Williams), a state-of-the-art library, a gymnasium, the Biomedical Technology Building, and several other farm and maintenance buildings. In August 2004 the campus added a $10 million community center housing a 1,500-seat arena, 450-seat auditorium, and a new cafeteria. 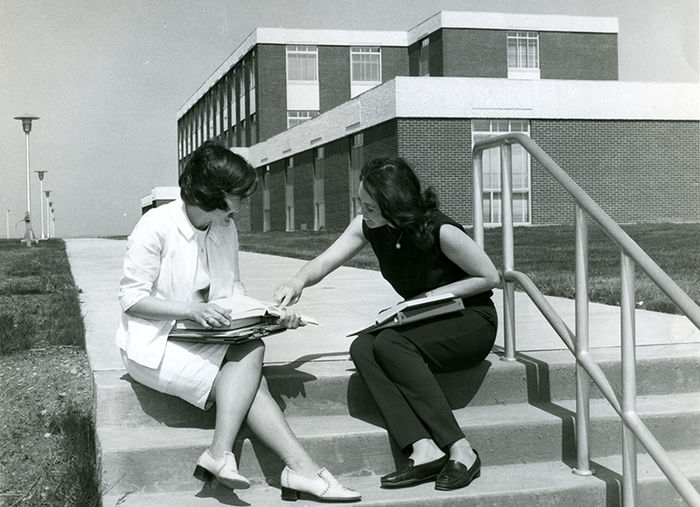 The faculty at Penn State Fayette fulfills two roles for the student body with their commitment not only to teaching but also to advising. Members of the faculty have received national and University awards for teaching, research, community outreach, and performance in English, art, philosophy, history, physics, chemistry, criminal justice, and engineering technology. The size of the student population allows for personal interaction between instructors and students, and the dedication of the faculty makes this interaction a tremendous aid to learning. 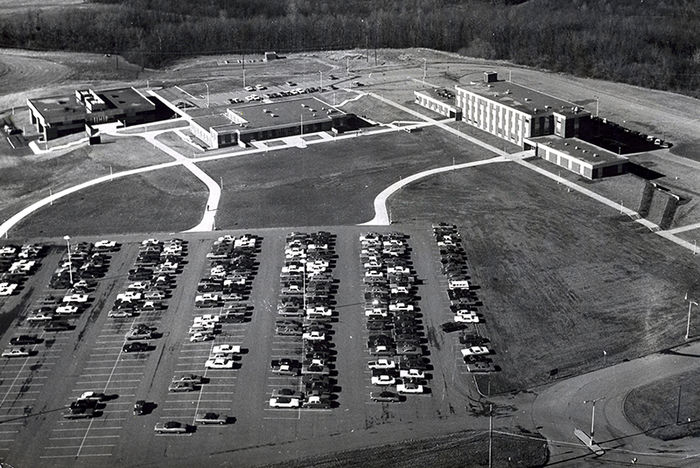 The many campus activities and events contribute to an atmosphere of unity. More than 20 clubs and organizations match the interests of almost every student. The intramural organizations include eight different sports occurring year round. Students have access to a large, well-equipped library, new computer labs, a student activity and cafeteria facility, multimedia rooms, and a fully equipped gymnasium. For various activities and events, the campus possesses video-conferencing capabilities and Internet connectivity. In addition, the campus' Coal & Coke Heritage Center preserves coal-mining related artifacts, interviews, and other memorabilia from the area's industrial past.

On March 19, 2004, The Pennsylvania State University Board of Trustees voted to re-name Penn State Fayette to honor a family's longtime "unprecedented and tremendous support." The new name, Penn State Fayette, The Eberly Campus, recognizes the philanthropic and leadership contributions of the Eberly family of Uniontown to Penn State and in particular, the Fayette campus.

Penn State Fayette, The Eberly Campus, provides the leadership and resources to assist the region's economic revitalization through enhancing competitiveness, increasing productivity, and improving the quality of life.

This is Penn State Fayette