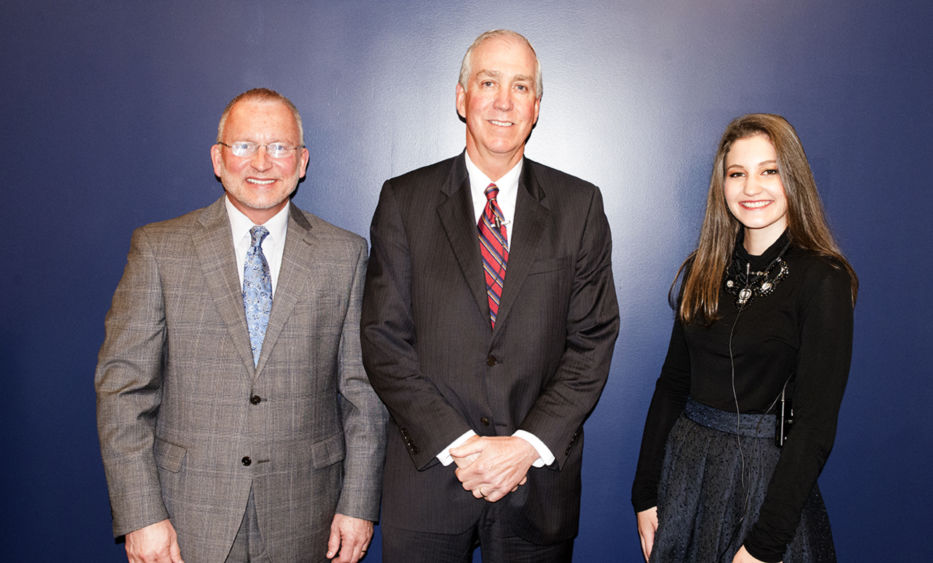 “Make a personal mission statement,” advised McCune, citing his approach to personal development and success. “I read my own often: ‘Protect those who depend upon you and help them to flourish.’”

Community Bank is an $870 million independent bank with 16 offices across southwest Pennsylvania. A Washington, Pennsylvania-native, McCune graduated from Duke University with a bachelor's degree in economics and, later, from the University of Denver School of Law. McCune also holds a graduate banking degree from the Stonier Graduate School of Banking at Georgetown University.

McCune recommended that young entrepreneurs volunteer in the community, respect themselves, approach business with confidence and honesty, and, above all, experience the joys of life.

“Have total confidence in the likelihood of your success,” said McCune. “You have the world at your fingertips.”

The CEO Conversations series is sponsored by Ford Business Machines. The next event will feature Talk Magazine’s Luther and Roxanne Sewell at 12:15 p.m. Nov. 15, in the Student Center. The series is free and open to the community.