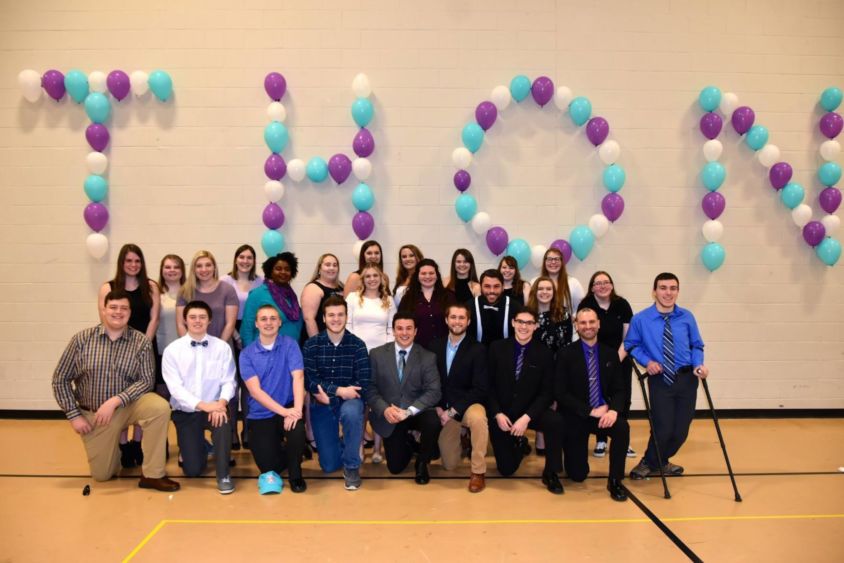 THON, a yearlong effort to raise funds and awareness in the fight against pediatric cancer, culminates in a two-day, 46 hour dance marathon each February.

Since 1977, THON has raised more than $150 million for Four Diamonds at Penn State Hershey Children’s Hospital. All donations are allocated to treatment costs for pediatric cancer patients and cancer research.

Penn State Fayette’s contributions ranked second highest across the commonwealth campuses after the Penn State Berks campus’ total of $71,140. Fayette continues a tradition of leadership in the effort following a record contribution of $93,943 in 2016.

“Although one of the smaller campuses, our THON team continues to dominate the commonwealth with its passion, enthusiasm, and determination,” said Chad Long, manager of student affairs and a founding member of Fayette’s THON team. “Since the team's inception in 1998, a cumulative amount of $1,252,308.19 has been raised for pediatric cancer research.”

The campus celebrated the success of the THON team with an annual Recognition Dinner on Feb. 22.