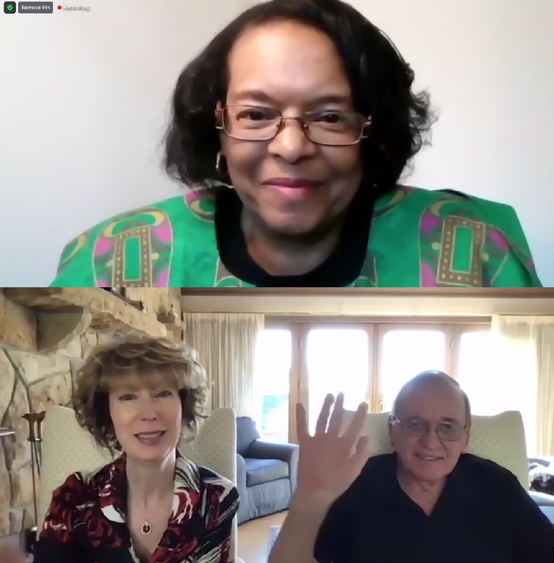 LEMONT FURNACE, Pa. — The Advisory Board of Penn State Fayette, The Eberly Campus has named Robert L. Mocniak and Norma D. Thomas, respectively, as the 2021 recipients of the Outstanding Alumna and Outstanding Fellow awards.

Mocniak worked at Robicon Corp., in Pittsburgh, as a design engineer, designing and developing drives and coordinated systems for various industries. He later transitioned to sales and marketing, positioning Robicon as the premier supplier of DC drive systems for retrofit of blast furnace skip hoist controls in the steel industry, for which he won an award.

He worked as an application engineer for Service in Motion, in Cincinnati, Ohio, before returning to Pittsburgh to work at JB Snyder & Associates, where he presently represents various manufacturers of power distribution and power quality products throughout western and central Pennsylvania. Among his clients are Penn State University Park and 10 Commonwealth Campuses.

Mocniak served on Penn State Fayette’s For the Future Campaign committee from 2012 to 2014. His younger brother, Michael, and his nephew, Louis, are both alumni of Penn State Fayette. Robert lives with his wife, Donna Myers, in Mars, Pennsylvania, with their two dachshunds, Barkley and Ebony.

Established in 1985, the Outstanding Fellow award honors a community leader whose support of the campus has been so exemplary as to warrant special recognition. In lieu of an honorary degree, this award is the highest honor the campus bestows.

In 1994, Thomas began as an assistant professor in the Center for Social Work Education at Widener University, where she served as the baccalaureate program director. She co-founded and co-directed the Center on Ethnic and Minority Aging Inc.

In 2007, she began as the director for the master of social work program at California University of Pennsylvania, where she was promoted to full professor and retired in January 2017. She continues to teach online for the Center for Social Work Education at Widener University.

Thomas is the recipient of many community service awards, including the 2016 Dr. Caryl Sheffield Award for Excellence, the 2015 Spirit of CARIE (Center for Advocacy for the Rights-Interests of the Elderly) Award, and the 2010 Woman of Distinction Award. In 2007, she was designated as an honorary lifetime adviser to Senior Community Services in Delaware County, in recognition of her years of service.

Today, she is treasurer of the Advisory Board for Penn State Fayette, and she serves on boards for the East End United Community Center, the Southwest Pennsylvania Area Agency on Aging, the Board of Aging Well, and the Parliamentarian of the Gamma Chi Omega Chapter of Alpha Kappa Alpha Sorority.

Thomas started the Fayette County African American Traveling Museum to bring history to residents of the area. Her work has been featured in media and displayed throughout the region. She lives in Hopwood, Pennsylvania, with her husband of 42 years, Eddie León. She is a member of St. John the Evangelist Roman Catholic Church. Her children are Raina León and Edwardo León, and she is grandmother to Raffaele Areto Felix Monchiero León and Arelia Atabey Norris Monchiero León. Her hobbies are genealogical research and the writing of poetry.