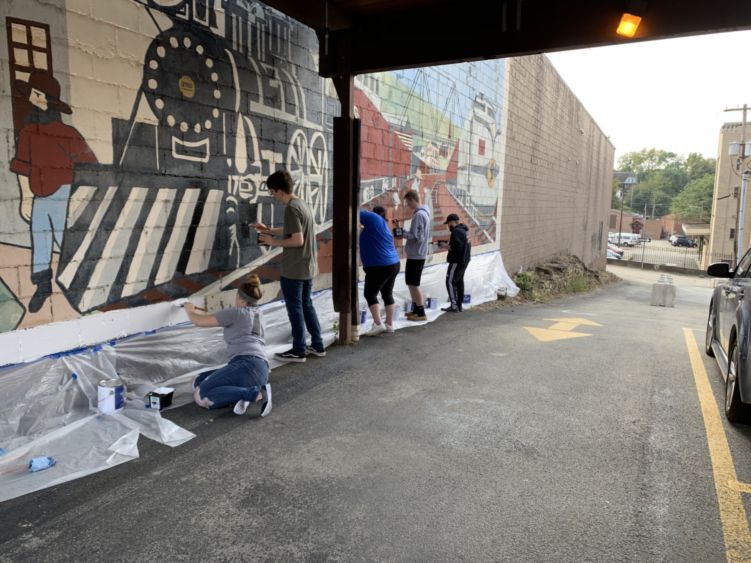 LEMONT FURNACE, Pa. — Students and faculty of Penn State Fayette, The Eberly Campus were honored with a proclamation on Nov. 19, presented by Connellsville Mayor Greg Lincoln, for their efforts in the restoration of the mural “Trains of Progress.”

The mural, located on 139 Crawford Ave., was completed in 1983 by the late Penn State Fayette art professor David DiPietro and 14 of his students. Later that year, it was dedicated on July 8, the city’s “Railroad Day,” by former mayor Ronald J. Haggerty.

The artwork features the historic Baltimore & Ohio (B&O) railroad station, an essential part of the region’s history as a major hub of the coke industry. An old steam engine is depicted alongside a modern locomotive, representative of Connellsville’s past and present. Support for the project — including paint, lift, materials and scaffolding — was provided by Michael Edwards and Salvator Ross Jr.

“Restoring the mural gave me the opportunity to share my love for art and roots me in my present surroundings.”

“In the restoration, our goal was to be faithful to the original design and colors. We referenced two sources — the mural, with its badly faded colors, and the original color study,” said Daugherty, who gave the previously unnamed mural its title.

“It's an honor to be a part of Connellsville's rich and diverse history,” said Jana Welsh, senior in human development and family studies, from Connellsville. “Restoring the mural gave me the opportunity to share my love for art and roots me in my present surroundings.”

“I have no doubt that Professor David DiPietro would be very pleased to know that his students’ work will survive and be admired for another 30 years,” said Daugherty. 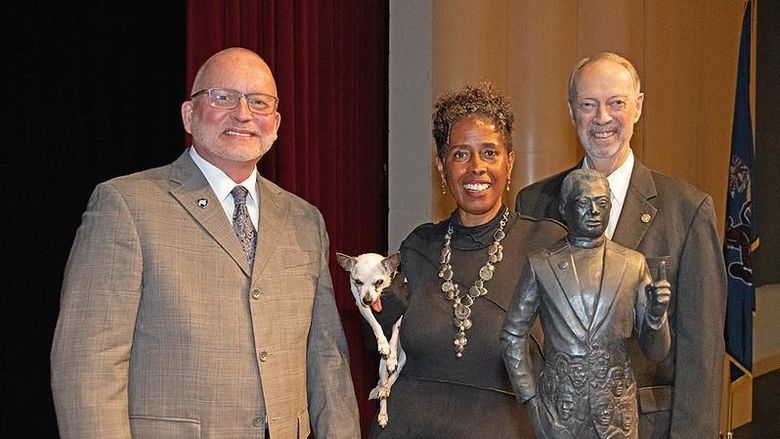 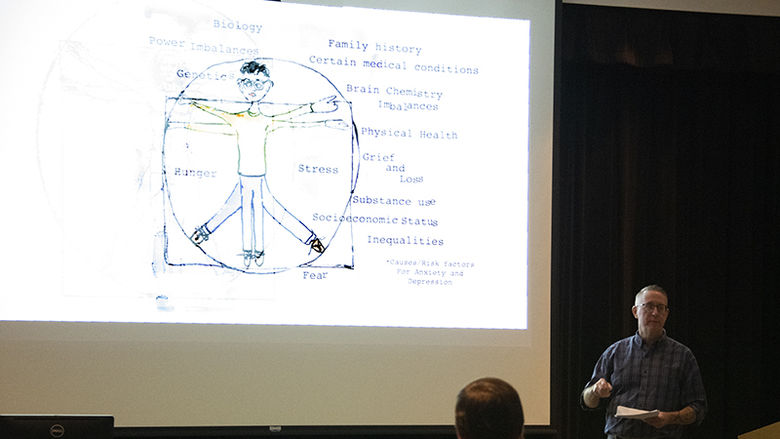 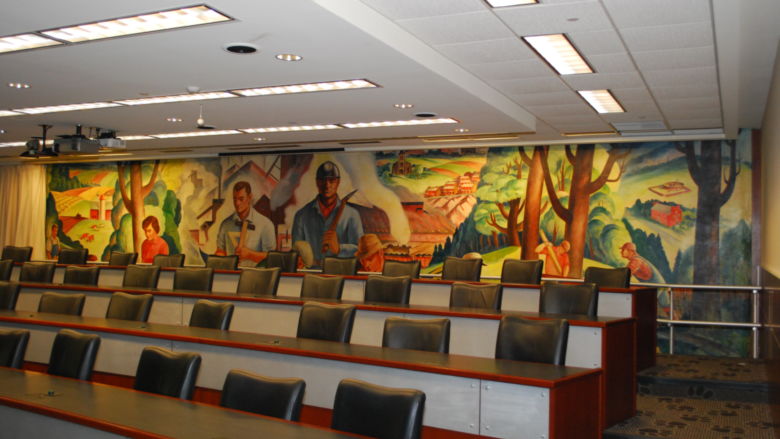 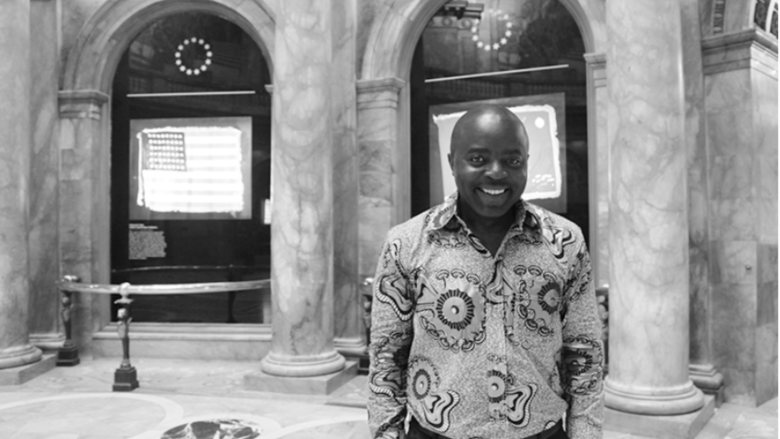