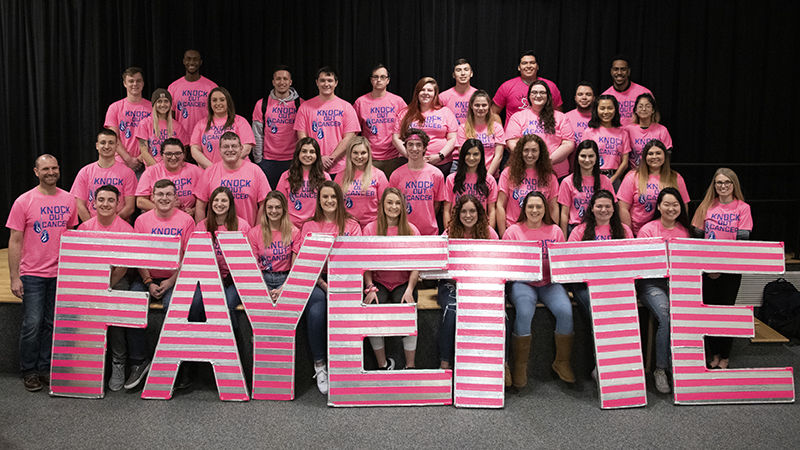 THON, a yearlong effort to raise funds and awareness in the fight against pediatric cancer, culminates in a two-day, 46-hour dance marathon with over 700 participants each February.

Established in 1977 by Penn State University, THON is the largest student-run philanthropy in the world, generating over $180 million for Four Diamonds at Penn State Hershey Children’s Hospital since inception. All donations are allocated to treatment costs for pediatric cancer patients and cancer research.

“Fayette's THON Team continues to dominate the commonwealth with its passion, enthusiasm, and determination,” said Chad Long, director of student affairs and founding member of the campus THON team. “Since the team's inception in 1998, a cumulative amount of $1,394,239.04 has been raised for pediatric cancer research.”